Hello, lovelies!  I have recently spent time scouring the internet for new releases coming out in the next few months and let me tell you, there are some real winners out there.  Over the course of the next few weeks, I’ll be able to share some of them with you!  Here are some you may like coming out very soon.

No matter how many boys Claire kisses, she can’t seem to find a decent boyfriend. Someone who wouldn’t rather date her gorgeous best friend, Megan. Someone who won’t freak out when he learns about the tragedy her family still hasn’t recovered from. Someone whose kisses can carry her away from her backwoods town for one fleeting moment.

But Megan is falling for Luke, too, and if there’s one thing Claire knows for sure, it’s that Megan’s pretty much irresistible.

With true love and best friendship on the line, Claire suddenly has everything to lose. And what she learns—about her crush, her friends, and most of all herself—makes the choices even harder.

What’s To Like: I like how this kinda reverses the normal “love triangle”.  Two girls, one boy.  I know a lot of other books do it too (like Sometimes It Happens or Something Like Fate), but it’s been a while since I’ve read books like that, normally because there’s too much girl drama.  But there’s something about Claire that I already connect to.  I want to root for her.  I want to see her find love.  And I want to know what this family tragedy is. 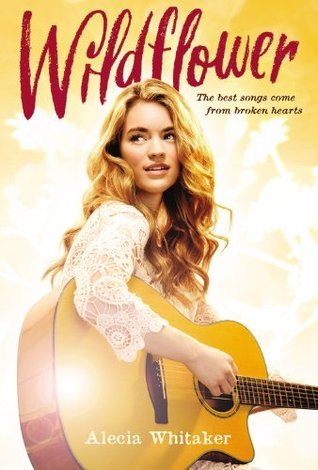 Sixteen-year-old Bird Barrett has grown up on the road, singing backup in her family’s bluegrass band, and playing everywhere from Nashville, Tennesee to Nowhere, Oklahoma. One fateful night, Bird fills in for her dad by singing lead, and a scout in the audience offers her a spotlight all her own.

Soon Bird is caught up in a whirlwind of songwriting meetings, recording sessions, and music video shoots. Her first single hits the top twenty, and suddenly fans and paparazzi are around every corner. She’s even caught the eye of her longtime crush, fellow roving musician Adam Dean. With Bird’s star on the rise, though, tradition and ambition collide. Can Bird break out while staying true to her roots?

In a world of glamour and gold records, a young country music star finds her voice.

What’s To Like: After having just read Now and Forever, I’m really into these books about people who become overnight sensations.  They’re so interesting.  And many of you probably don’t know this, but I’m a country music fan.  So I’m really interested to see how this portrays country music (and if there are any references to my favorite artists!).

Strange and Ever After (Something Strange and Deadly, #3) by Susan Dennard

In the conclusion to the trilogy that Publishers Weekly called “a roaring—and addictive—gothic world,” Eleanor Fitt must control her growing power, face her feelings for Daniel, and confront the evil necromancer Marcus…all before it’s too late.

He took her brother, he took her mother, and now, Marcus has taken her good friend Jie. With more determination than ever to bring this sinister man to justice, Eleanor heads to the hot desert streets of nineteenth-century Egypt in hopes of ending this nightmare. But in addition to her increasingly tense relationships with Daniel, Joseph, and her demon, Oliver, Eleanor must also deal with her former friend, Allison, who has curiously entangled herself in Eleanor’s mission.

With the rising dead chomping at her every move and Jie’s life hanging in the balance, Eleanor is convinced that her black magic will see her through to the bitter end. But there will be a price. Though she and the Spirit Hunters have weathered every battle thus far, there will be consequences to suffer this time—the effects of which will be irreversible. And when it’s over, only some will be able to live a strange and ever after.

What’s To Like: Admittedly, I struggled a little with the 2nd book.  But I think this one will be better for two reasons.  1) the Egyptian setting, which I rarely see when it’s set in the 1800s and 2) it’s the last book in the trilogy.  I’m sure that this will be an exciting ride and full of all kinds of lovely twists and turns.

My review of Strange and Ever After