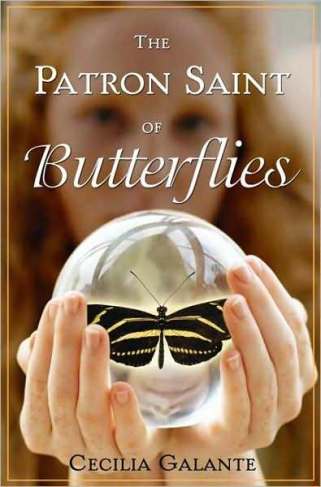 First Lines: “Please tell me what to do,” I whisper, staring at the crucifix on the wall.  “Is there any other way to get out of here right now without telling a lie?  Could you just give me a sign to let me know?  Maybe blink your eyes or nod your head or something?”

This has been on my to-read list for ages.  Even though I really don’t consider myself to be religious anymore, I’m still drawn to books where people struggle with it.  (As evidenced by my recent review of Things I Can’t Forget, which also has religious themes.)  I bought this from a used book sale a while ago and it seemed like a nice break from the sci-fi and fantasy lineup I have.

Agnes and Honey, two best friends, could not be more different.  Agnes loves life on the commune as a Believer.  She desperately wants to live up to the standards her favorite saints have set.  But Honey sees what’s really happening at the commune.  She hate their leader, Emmanuel, and she’s desperate to escape.  The only bright spot about life in the commune is the butterfly garden, where she can study the different species that visit.  When Agnes’s grandmother comes for an unexpected visit, she discovers a dark secret that the Believers are desperate to hide.  And when Agnes’s little brother is seriously injured and Emmanuel refuses to take him to a hospital, Nana Pete takes the three kids and escapes.  Even though it’s what Honey wanted, is it really the right thing to do?  Even though it’s the last thing Agnes wants, can some good come from leaving?

This was solid.  It starts off a little slow because, like Nana Pete, we know that something’s going on but we’re not entirely sure what it is.  We figure it out about the same time she does, but it takes a little while to get to that point.  But after that, the story gets more exciting.

Agnes and Honey have vastly different world views, even for having grown up in the same place and being best friends.  It’s interesting to see how different they are but also how similar they are.  The story alternates between each of their narratives, which brings more drama and understanding into the story.  You see why Agnes and Honey are the way they are.

The story is definitely dramatic.  There are a lot of secrets to be kept and a few unexpected twists as well.  (Some of those are really well foreshadowed and others just kind of pop up at you, which shook things up.)  I liked that the story was unpredictable.

Ok, and maybe it’s just me, but the fact that communes like this exist in the US kind of weirds me out.  A lot.  (I’m the kind of person who can watch hours of Supernatural without nightmares, but 1 episode of Criminal Minds and I’m not sleeping for a week.)  It creeps me out that people actually allow these things to happen, that they can rationalize away these behaviors.  Ok, yup, I’m weirding myself out all over again.  Moving on.

Overall, this is a surprisingly gripping read with an interesting cast of characters.

One thought on “The Patron Saint of Butterflies”