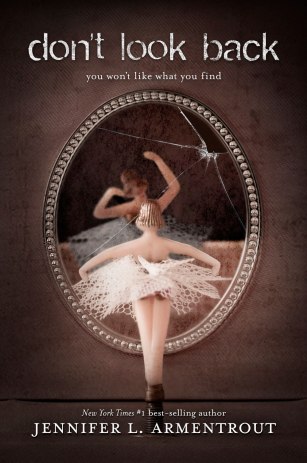 First Lines: I didn’t recognize the name on the street sign.  Nothing about the rural road looked familiar or friendly.

I bought this book last year from Scholastic for my classroom and it’s been sitting on my shelf since, waiting for me.  (This is a common theme in my life.)  For some reason, I thought reading this suspenseful book was a good idea while grading my students’ narratives.

Four days ago, Sam and her best friend Cassie disappeared.  Now, Sam has returned, but with no memory of her life at all before she’s found on the side of a country road.  As she begins to piece together what her life used to be, she starts to realize that maybe that life isn’t want she wants anymore.  Old Sam took “mean girl” to a new level and Cassie was her frenemy rather than confidante.  Now, Sam can use this as a fresh start, a second chance at her life.  She can be a better daughter, sister, and friend, on top of falling for the hired help, Carson Ortiz–who she treated like trash in the past.  But Cassie is still missing and Sam knows that she probably has the answers lost inside about what happened.  When threatening message begin appearing, Sam realizes that she’s not the only one with answers–someone else out there knows what happened.  She desperately wants to remember what happened, but what if not remembering is the only thing keeping her alive?

It’s been a long time since I’ve read a suspenseful mystery book.  I kind of miss them, but I didn’t know it until I read this.

I pretty quickly connected with Sam.  This girl had it all and then lost it all the moment she lost her memory.  She’s starting from scratch with her friends and family, and that made her incredibly vulnerable.  I liked that contrast of vulnerability with her Queen Bee mean girl side.  It definitely helped show how different she was.  I liked learning about her life at the same time she was.

The minor characters were also pretty great.  I adored Carson and Sam’s brother Scott.  They were sweet.  And it was really awesome to see them try to reconcile the Old Sam with the New Sam.  I think we start to truly believe that Sam is different when they do.  And I loved the protective side Sam’s amnesia and new vulnerability brought out in the guys.

As for the mystery, it was definitely a surprise at the end.  I could never narrow it down!  There are little clues dropped that make you think you know, and then a later clue makes your conclusion seem impossible.  I had it narrowed down to about 3 people the whole time–and I could never fully rule any of them out.  I did suspect the ending before it happened, but it wasn’t the ending I was banking on.  I liked that.

This book isn’t perfect, I’ll admit it.  There are some twists that seem bizarre, even now that I’ve finished the book.  And the amnesia thing is a bit cliche, even as this book tries to reinvent it.  But it was fun to read and I kept picking it up when I had the chance.  (I was grading while reading this, so I’d grade 3 essays, read a chapter, and repeat.  I even read this on the commercial breaks of the JonBenet Ramsey special CBS ran earlier this week.  It was a bit creepy how similar these two things seemed at times.)

Anyway, it’s overall a fun mystery that will keep you guessing until the end.

One thought on “Don’t Look Back”