Hey!  So I mentioned this in Friday’s Weekly Obsessions and I just recently finished season 1.  So, since this is based on a book series, I thought I’d share my thoughts.  Especially since I’m going to be reading the book soon.

In this show, we follow Uhtred son of Uhtred.  Kidnapped by the Danes (we know them as Vikings) following a battle that killed his father, Uhtred was raised by the Danes.  By his 20s, he even starts believing himself to be one of them.  But when his new family is attacked, Uhtred decides it’s time to take back what is his.  The only problem is that to get back his land, he must help King Alfred defeat the Danes and secure England, not just from the Danes but from internal fighting.  Uhtred will need to pull on all of his Danish experiences and cleverness to keep himself alive in this war field and in this court.

First of all, I’ll admit that I’m a massive fan of early English history.  (Usually not this early, but I know quite a bit about the early Norman invaders.  Not that this is not utterly fascinating.)  I’m saying this to say that I genuinely watched this for the history, among other things.  And the history hits all the right marks.  Sure, there are the occasional moments that I’m not totally sure are true to the times, but those are rare and far between.  Generally speaking, the history (particularly the early Christian culture of Saxon England, the pagan culture of the Britons, and the Viking culture clashes) were so fascinating.  I truly enjoyed seeing the characters act and live within this time period.

Uhtred, son of Uhtred, with the fabulous hair

Speaking of characters, let’s start in with some of our main characters and why I like them (without, hopefully, losing sight of the point).  Uhtred is our main character.  He’s not exactly a “protagonist” in the strongest sense of the word because there are many times he acts more like a villain.  Part of this has to do with the culture clashes I previously mentioned.  His Danish values, particularly related to warfare and justice, are anathema to those of his Christian friends.  But I really liked seeing these dual sides play out.  Because Uhtred does (usually) want to do the right thing.  He just sees “right” as different from everyone around him.  But we understand his reasons. 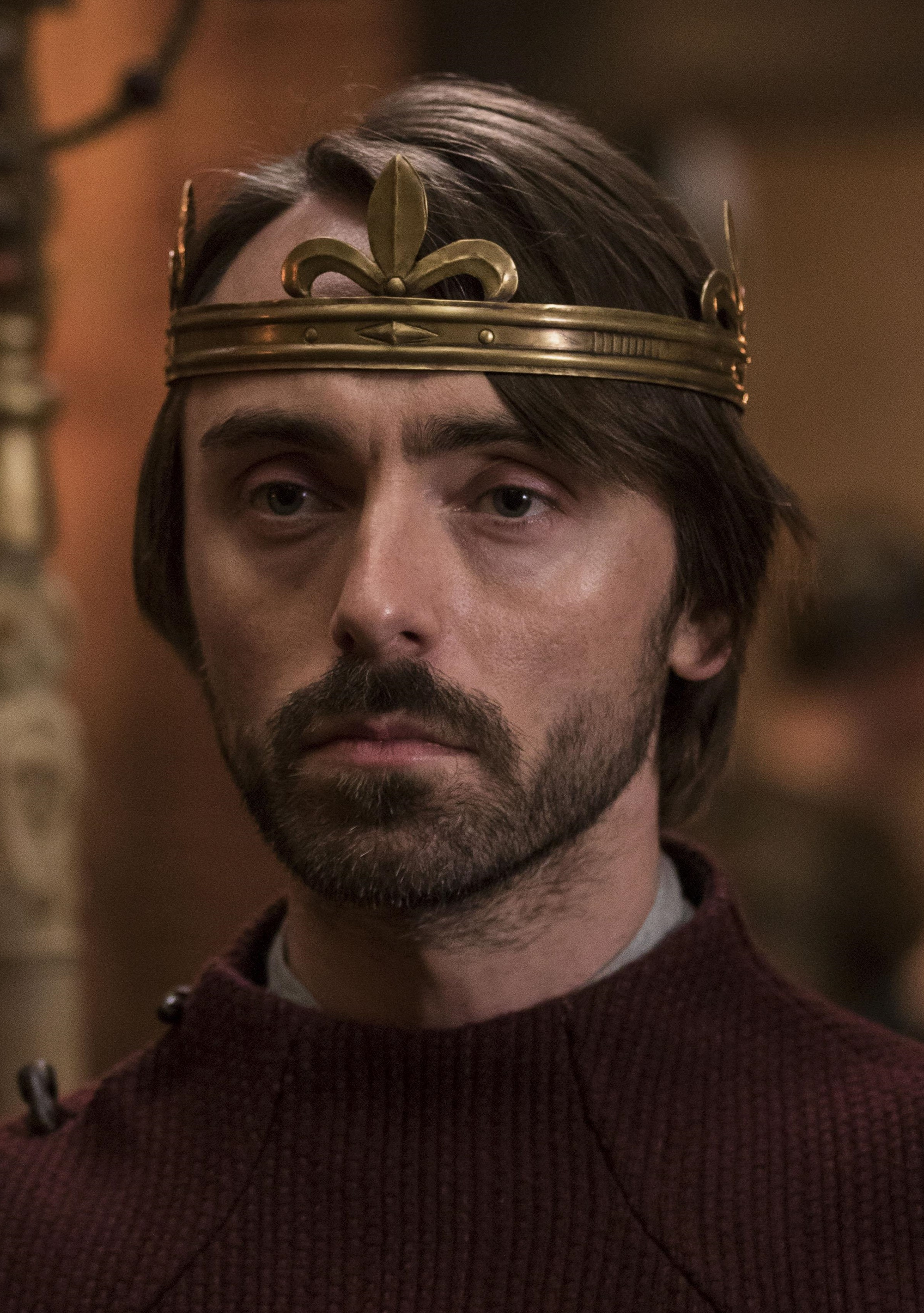 For supporting male characters, there are many fascinating ones.  Leofric is a fellow warrior and fast friend/supporter of Uhtred with an equally questionable moral compass.  Father Beocca tries to be the moral compass for Uhtred, with mixed results.  But having known Uhtred before his kidnapping, Beocca is sometimes one of the few Uhtred will actually listen to.  (Update: I HAVE JUST LEARNED THE ACTOR PLAYING BEOCCA WAS PROFESSOR QUIRRELL IN HARRY POTTER.  I’VE BEEN WATCHING THIS FOR OVER A WEEK AND NEVER PICKED UP ON THAT.)  There’s also the incredibly clever but not always warrior-like Alfred, the manipulative but stupid Aethelwold (who believes he should have been king), and Ragnar the Younger, Uhtred’s adoptive brother and one who often finds himself across from Uhtred in battle.

There are so many more interesting male characters (typically in the villain role, which they play very well), but I want to move on to the females. 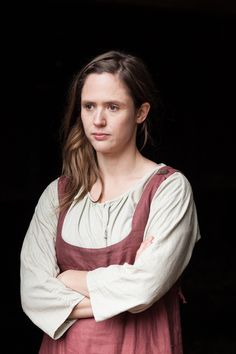 Brida, whose hair is equally fabulous

In their own ways, the women kind of rule this show.  Even given the limited role of women at the time (and their relatively short screen time, due to battles and seeing the story through Uhtred’s eyes), these women are able to make men crumble.  The most obvious of these are Brida, who was kidnapped by the Danes at the same time as Uhtred and finds herself as more of a Dane than even Uhtred does, and Queen Aelswith, Alfred’s strong and merciless wife.  These two alone are fierce, stubborn, and forces to be reckoned with.  It was fantastic to see these strong females in this time period.

But let’s not forget that even the “meek” girls could hold their own.  Mildrith is the goddaughter of a rich lord and becomes a political pawn–but she finds her own ways of fighting back.  As does Hild, a nun that we meet in probably the worst moment of her life.

It was just great to see all of them.  I mean, we tend to think of women at this time as being timid and docile, but historically speaking, that just wasn’t the case.  Women had to be fierce to survive.  And these are.

The last thing that I’ll really comment on is the plot.  From the first episode, this show had me.  (There was one false start, though, when I made the mistake of thinking this was a show I could knit to.  It’s not.  It demands your full attention.)

The plot moves in alternating paces.  The first episode, everything happens very quickly.  It was a struggle to figure out who anyone was besides Uhtred, which was only clear because we saw everything through his eyes.  Some of the other episodes move a little slower, but that usually just means there is betrayal happening, or we need to be watching for foreshadowing.  Everything in this show happens for a reason.  It’s brilliant writing.

Because of the time period, there are a lot of battle scenes, murders, and gruesome deaths.  We don’t necessarily see all of these in detail, but there are times that I have to look away from the TV for a moment because it’s so disgusting.  But to be fair, I have seen much worse.  So it’s something to keep in mind, but not necessarily a reason to not watch the show.

Also, don’t let the names slow you down.  Every episode, it seemed, I was learning names of characters who had been in basically all of the previous episodes but I’d never caught there names.  I didn’t learn Beocca’s name until like episode 4.  I didn’t learn Leofric’s until 8.  And even then, I was looking at IMDb this whole post to make sure I spelled names correctly.  (And learning that I’d pronounced them wrong the whole time as well.  I thought Leofric was something like Lara-fritch.)  I know it’s super intimidating, but even if you don’t know their names, the characters are fantastic.  Stick with it.

I’m very excited to start the next season and see what happens!  If you’re also a fan of this show, please let me know!  No one I know watches it!

(If you’re interested, it is a BBC show, but at least in the United States, it is currently on Netflix as well.  At least seasons 1 & 2 are.  I guess there’s supposed to be a 3rd season at some point?  Maybe?  I hope?)

3 thoughts on “The Last Kingdom, Season 1”