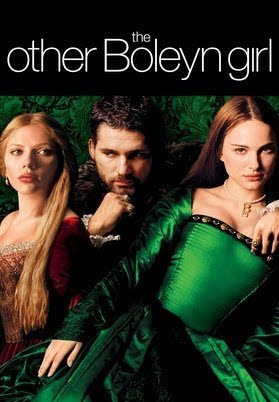 The only thing that could come between these sisters…is a kingdom.

Ok, so I recently read this book, right?  I wanted to see how this compared with the book because, duh, that’s what we do when movie come out based on books.  (Don’t lie–you know you do it too.)  So I had to give this a shot.

Just to hit the basics again: Mary Boleyn, a young married girl, catches the eye of King Henry VIII and becomes his mistress.  This is great news for the family because of their new influence at court–but not so good for Mary’s sister Anne, who craves the attention.  When Henry’s eyes start to wander away from Mary, Anne is ready and waiting.  But at what cost?

If I thought the book was historically inaccurate, the movie was so much worse.

The book took liberties, don’t get me wrong, but the movie moved crucial events out of order and completely misrepresents people.  Part of it is due to time constraints.  I get it.  It’s a 700+ page novel, nearly 20 years of events, all condensed to two hours.  Lots needs to be cut.  But it almost felt haphazard.  I could never guess what scenes would be left in or how the history would be shown.  Even major historical players like Mary and Anne’s brother George are barely given more than 15 minutes of screen time.

However, there were some things I was happy with.  Even in the condensed time, Anne is still shown to be clever and ambitious.  Katherine of Aragon is still shown to be regal and unrepentant about the “crimes” she allegedly committed (only being married to Henry).  And I thought the relationship between Mary and Anne, while rushed, seemed to have a feel of genuine affection even when tinged with jealousy.

I was more surprised by the casting than anything else.  Scarlett Johansson was surprisingly good as Mary (though she tended to cycle through the same facials the whole movie).  Eric Bana brought a surprising warmth to the character of King Henry, even though Henry clearly starts to become more menacing by the end.

But the best part were the actors who made it big after this movie came out but have small bit parts in this movie.  We have BENEDICT CUMBERBATCH, who plays Mary’s husband.  (Seriously, watch the deleted scenes if you can.  Some of his best stuff got cut.)  We have EDDIE REDMAYNE, who plays William Stafford, a low ranking member of court who befriends Mary.  And finally, ANDREW GARFIELD as Francis Weston.  (He probably only has like 10 seconds of screen time.  I swear I didn’t even see him, but he’s totally here.)

Actually, I lied.  The best part was seeing all three of them in Tudor-era costumes. 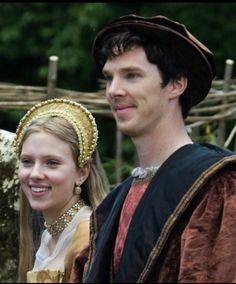 Overall, I thought it was interesting to have watched once.  But it’s not the kind of movie I’ll probably ever see again.  Too historically inaccurate.