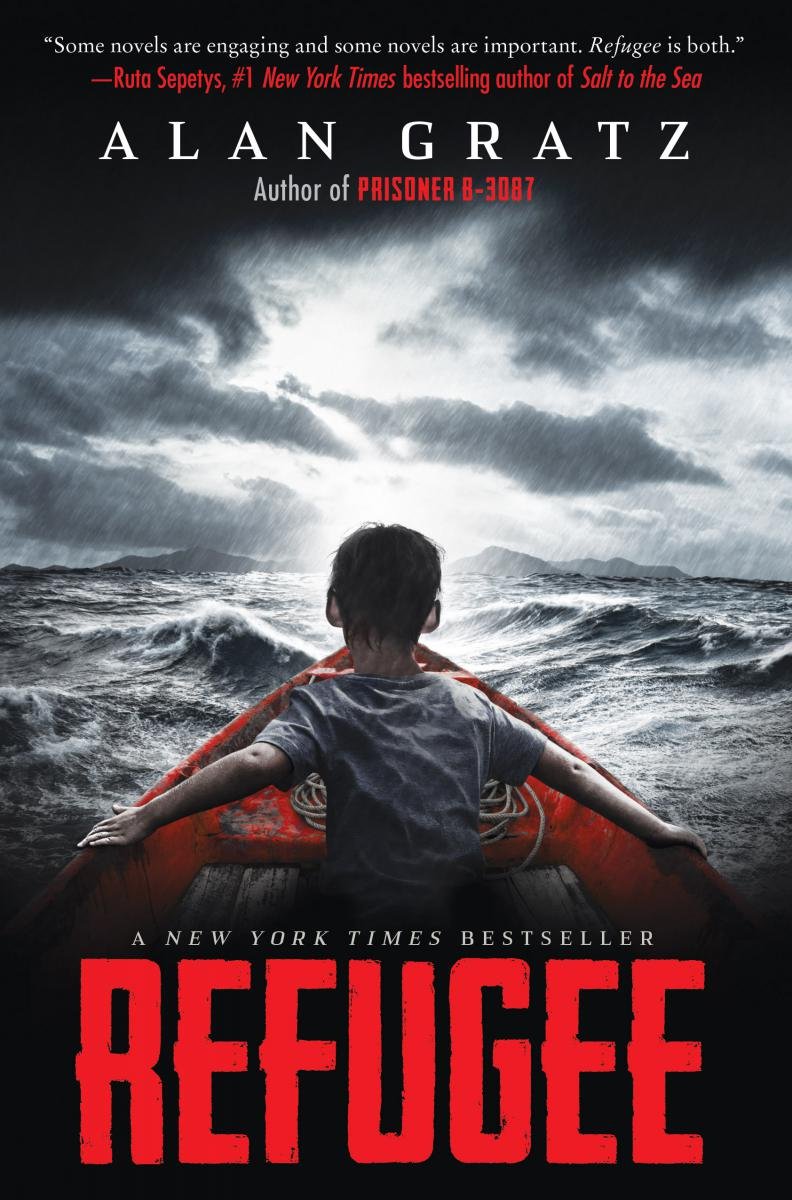 First Lines: Crack! Bang!  Josef Landau shot straight up in bed, his heart racing.  That sound–it was like someone had kicked the front door in.  Or had he dreamed it?

This book came to my attention thanks to another teacher in my school.  She wanted to do something with our kids called the Global Read Aloud and I was reluctant.  But she won out and I had to give this book a read so I knew what my kids were going to be reading.

Josef Landau knows what danger is.  Being a Jew in Germany in 1939 means bad things–and his family is getting out.  But getting out of Germany and finding somewhere safe is nearly impossible… Isabel Fernandez knows what poverty is.  Growing up in Cuba under Fidel Castro and after the fall of the Soviet Union, she knows there is not enough food to go around and she watched the country riot.  And when her father gets caught in a riot in 1994, she knows her family needs to leave Cuba.  Quickly.  …Mahmoud Bhasara knows what war is.  Living in Syria in 2015, he’s watched his country be destroyed by both inside and outside forces.  And when war finally lands on his front door, his family must flee.  But the journey won’t be easy.  For anyone.

In the current political climate, I think it is so important to understand who these people are and why they leave their home countries. In none of the three story lines do they leave because they want to. They are forced out by war, by poverty, by government. And in every story line, they are turned away time and time again because they are seen as “unclean” or criminals. It’s a horrible reality that this is the way many people view refugees. If the shoe were on the other foot, they would not be able to stomach this kind of treatment against themselves.

Each of the three story lines (which alternate between each other after short chapters) is emotional, with ups and downs. Sometimes really dark downs. But that shows the reality of their situation.

Isabel was perhaps my favorite of the three. Stubborn and determined, Isabel fights to get her family free from Cuba before her father gets arrested for rioting against Fidel Castro. Mahmoud is a Syrian refugee, fleeing Aleppo after the apartment building he lives in with his family is bombed. And Josef is a German Jew whose father was sent to Dachau. His family needs to flee Germany while they still can or risk being sent to the concentration camps as well.

I thought this book was a great insight into what actually happens to refugees and the staggered timelines involved show that this process really hasn’t changed any over time. (Josef’s is in 1939, Isabel’s in 1994, and Mahmoud’s in 2015.)

It’s not something I would have chosen for myself to read, but I liked it. It just didn’t grab me as much as it would/will other people. It’s just too dark for me right now, with the world already feeling like it’s being plunged into darkness.

But I will say, having started teaching this to my students, they really enjoy it.  They like the drama of it all, and the few comedic characters who bring much needed levity.  Of course, everyone has a different favorite story line based on their interests, but it’s kind of fun to actually watch my students get pulled into a book.  Most of the time, I hand them a book and they do all the reading outside of class.  This time, I get to see it all happen in my room.  And that’s probably what I like best at the moment.

One thought on “Refugee”