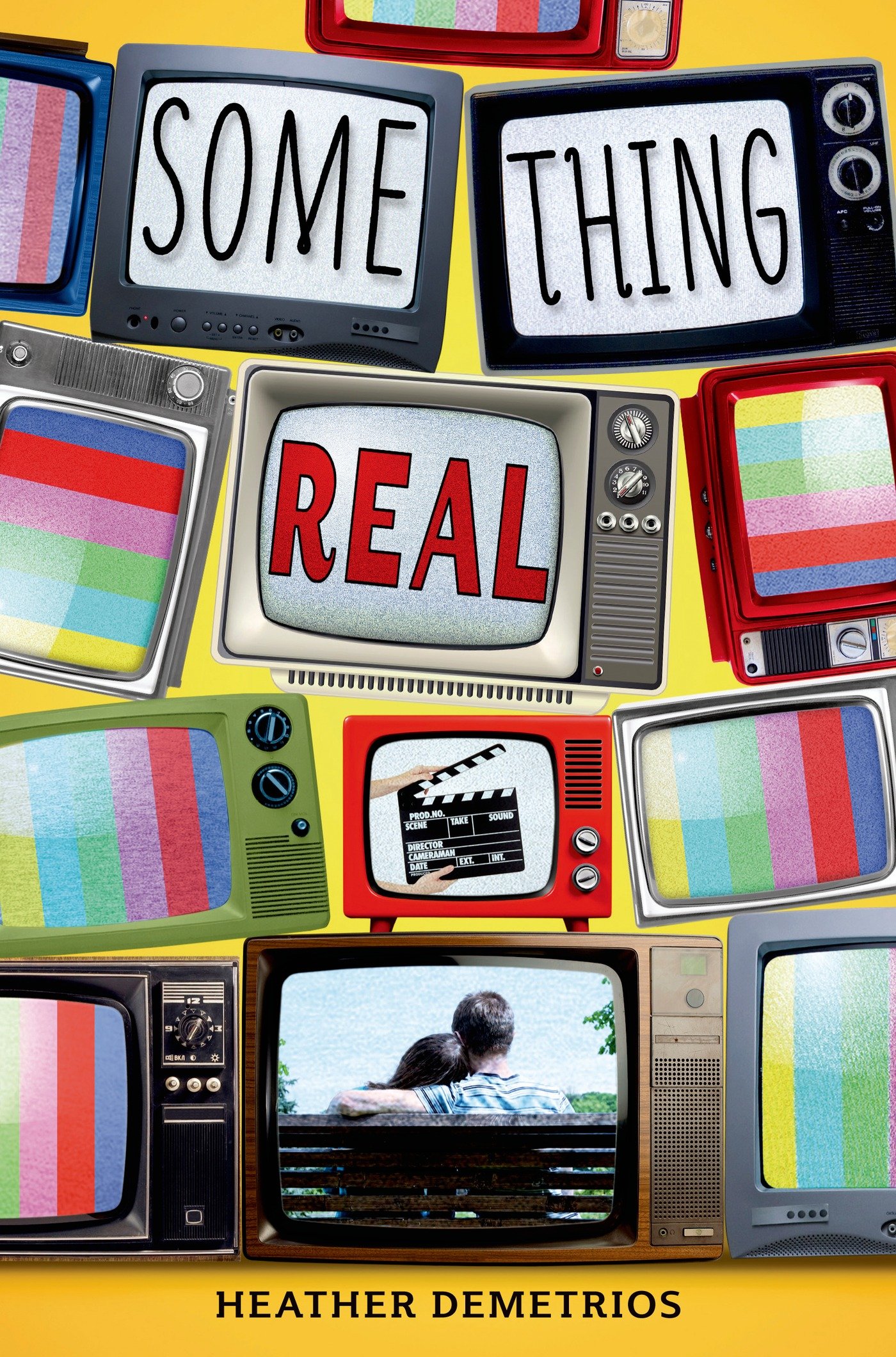 First Lines: It took me four years, seven shrinks, three different hair colors, one Zen meditation retreat, and over six hundred mochas to get to this moment.  I step up to the blue velvet backdrop and face the camera.

This is a book that’s been on my to-read list for years, but I always just kind of passed it at the library because I usually already had an armful of books.  But for whatever reason, this time I made room for it.

Seventeen-year-old Bonnie Baker has spent most of her life on TV, along with her twelve siblings as stars of a reality show called Baker’s Dozen.  Since the show cancelled four years earlier, Bonnie’s actually been living a fairly normal life.  She’s gone to high school, she’s had friends, and she’s been able to relax.  And it’s been…nice.  No one knows who she is.  But everything falls apart when Bonnie learns that her mom has signed the whole family on for more seasons of the show.  Bonnie’s mom and the producers won’t let Bonnie quit the world that nearly destroyed her before, and everything Bonnie’s built for herself is now crashing down around her.  Bonnie needs to do something drastic if she’s going to live her life the way she wants to, even if it means exposing more than she wants to.

I’ll be the first to admit that I rarely watch reality TV (in the form of family reality TV, like what you find on TLC). I have no interest in watching families fight on TV or watching as a family of 20 go to the zoo or whatever. But do I watch reality competitions like America’s Got Talent? Yes. And of course, even though I don’t watch those other reality shows, I still hear about then on virtually every commercial break on every channel.

So that was what I was picturing going into this: a Duggar-style family with lots of drama.

I wasn’t far off, but the story exceeded my expectations.

It didn’t start off that way. I struggled through the first fifty pages or so, simply because I A) had a hard time with the invasion of privacy that Bonnie/Chloe (she changes her name to Chloe to avoid the notoriety) deals with on the show and B) Chloe’s spinelessness. She’s a yes-girl, with a complete inability to say no when the show wants her to do something she painfully does not want to. Me, I have no problem stepping on toes in those situations. And since I realized that the issues I was having had nothing to do with the writing or the story, I stuck with it.

I’m glad I did. It kind of rocked my world.

Chloe simply wants a normal life, something that’s virtually impossible when she has 12 siblings and grew up (literally from birth) on TV. But she’s had the last 4 years off-air to discover some version of normalcy: great friends, a crush, and a whole school of people who don’t know about her past. And that all comes crashing down when her mom and stepdad sign back on to do the show without asking any of the kids.

Some of the characters were great. I came to understand Chloe and fight for her. I loved her brother, Benson, and her friends Tessa and Mer. I especially loved her crush Patrick and their government teacher, Mr. Schwartz. But there were an equal number of characters that were disgusting, grasping leeches. Welcome to the world of Reality TV. After I started seeing how Chloe’s world was intent on forming her into a demented doll, I was 100% on her side. And it was so hard to fathom how some people could see the damage it was doing to her and ask her to give more.

We already knew there was a dark side to reality TV, but seeing it through a character that you start to fall in love with was really hard. Like, I’m pretty sure I will never be able to watch reality TV the same way again.

One thought on “Something Real”