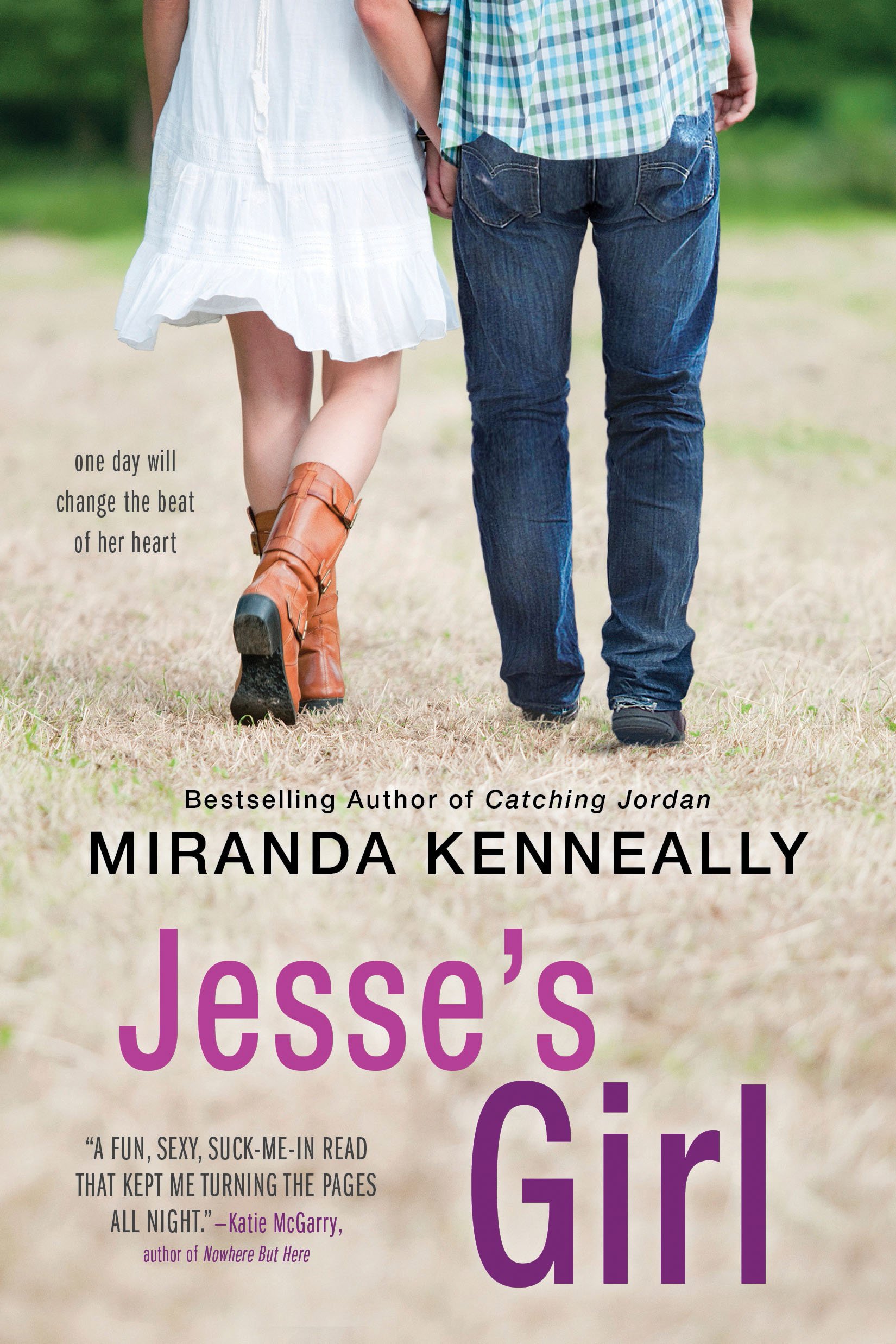 First Lines: Backstage, there’s so much security, you’d think it was the White House.  I’ve been to plenty of concerts, but I’ve never had a backstage pass, so I follow Dr. Salter’s lead and keep flashing my all-access badge over and over.

I keep working my way (slowly) through the Hundred Oaks series.  They’ve typically been cute, moving, and with a whole host of different types of girls.  No two stories feel the same at all and that’s so awesome you guys.  I’ve seen myself in many of the girls but all for different reasons.  And I had high hopes for a story about a country singer, since that was my dream job at 13.

At Hundred Oaks High, career day is a joke.  You want to be a famous chef? Shadow a small baker for the day.  You want to be president? Follow this lawyer for a day.  So when Maya Henry said she wanted to be a rock star, she figured she’d get a crappy job too.  It’s a shock when she ends up with the Jesse Scott, teenage country heartthrob.  But spending the day with Jesse doesn’t go the way Maya thought it would.  She’s constantly reminded of how much she’s lost: her band, her boyfriend, any chance to make the music she loves.  It doesn’t help that Jesse is pushy and opinionated–and he thinks Maya’s playing backup to other people.  Can Maya strike out on her own and finally own the spotlight?

Ok, so this was adorable. As I knew it would be.

In this book, we meet Maya (the younger sister of Catching Jordan‘s Sam Henry). She’s spunky, cool, driven, and an 80s tribute singer. She loves Queen and aspires to be a performer in her own right. So when her school sets her up to shadow Jesse Scott, the hottest thing in country music, she’s torn; it’s great to shadow a real star, but did it have to be a country singer? But Jesse’s not what she expected.

The story pulled me in very quickly. Part of it is because of my love of music. I’m a solid combo of Maya and Jesse, with a definite 80s throwback to myself (even though I wasn’t born in the 80s) but I grew up on country music and appreciate it as well. And at one point in my life, I thought about trying to be a singer. So it was kind of an interesting “what if?”

Jesse and Maya are both interesting characters with their own quirks. But the thing that kept me entertained is that they’re funny. Jesse is willing to say just about anything out loud for a reaction and Maya has a more sarcastic sense of humor. I loved both of them. And both of them showed their vulnerable side through the book and I thought that was great.

The plot isn’t very even in terms of the timeline, mostly because about half the book is devoted to the one-day career shadowing expedition. But it wasn’t bad. I mean, I barely realized it was taking so long until I stopped once and saw I was about halfway through the book. The timeline after that was better paced, but I was never bored.

This was super cute and I can’t wait to read the next one.