Hey everyone!  So with a topic like this, I simply couldn’t pass this up.  This should be funny, right?  But also, like, maybe this makes me a crazy person, but I don’t feel like what I did was always that bizarre?  I mean, I’ve done all the usual things.  Book release parties, midnight premieres (all of Harry Potter, of course), etc.  But that doesn’t make me crazy…?

I guess we’ll see how I feel at the end of this. 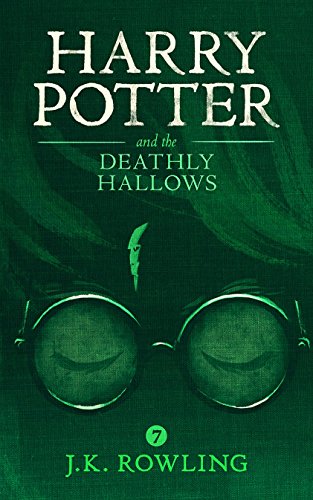 1. I read Harry Potter and the Deathly Hallows in 21 hours

By far, I feel like this was probably the nuttiest thing, looking back.  But I was desperate to know how it ended.  I went to a release party at my library with my friend and my mom (I wasn’t old enough to drive at the time).  We stopped at a store on the way home to buy the book at 1 AM.  I stayed up until 5 AM reading.  I slept for 5 hours and did not put the book down again until I was done.

Maybe this doesn’t sound so crazy…yet.  But that day, my younger twin brothers had a baseball game that I was forced to go to.  And you’re darn right I brought that book with me.  I read in the car, even though I get hellaciously car sick.  I read in the stands during the game, literally ducking to avoid foul balls.  My brothers were known as the “foul ball kings” because they hit so many of them.

I finished the book at 10 PM that night.  Did I remember much of it afterward?  Nope.  But I knew how it ended!

2. I’ve read while walking down the street

This was when I was in like, elementary and middle school.  I’d be on the bus and I’d get dropped off at the end of my addition.  My addition is a dead end–basically, the only people who drive it live there.  And traffic is minimal most of the time.  I was fine.  I walked on the side of the road (no sidewalks) and I looked up when anyone was coming down the road.  So I wasn’t oblivious.  But yeah, I probably did that most days.

3. Specifically chosen a room in my house to make my library

This is my really gushy “I’m finally getting  Belle’s library!” moment.  You are absolutely right that the first thing I did upon looking at this house was determine which bedroom would be my library.  Forget my bedroom, I wanted to know where the library was.

And so far, I’ve been able to decorate it with 2 Harry Potter paintings that I’ve done.  I’m hoping to add more soon. 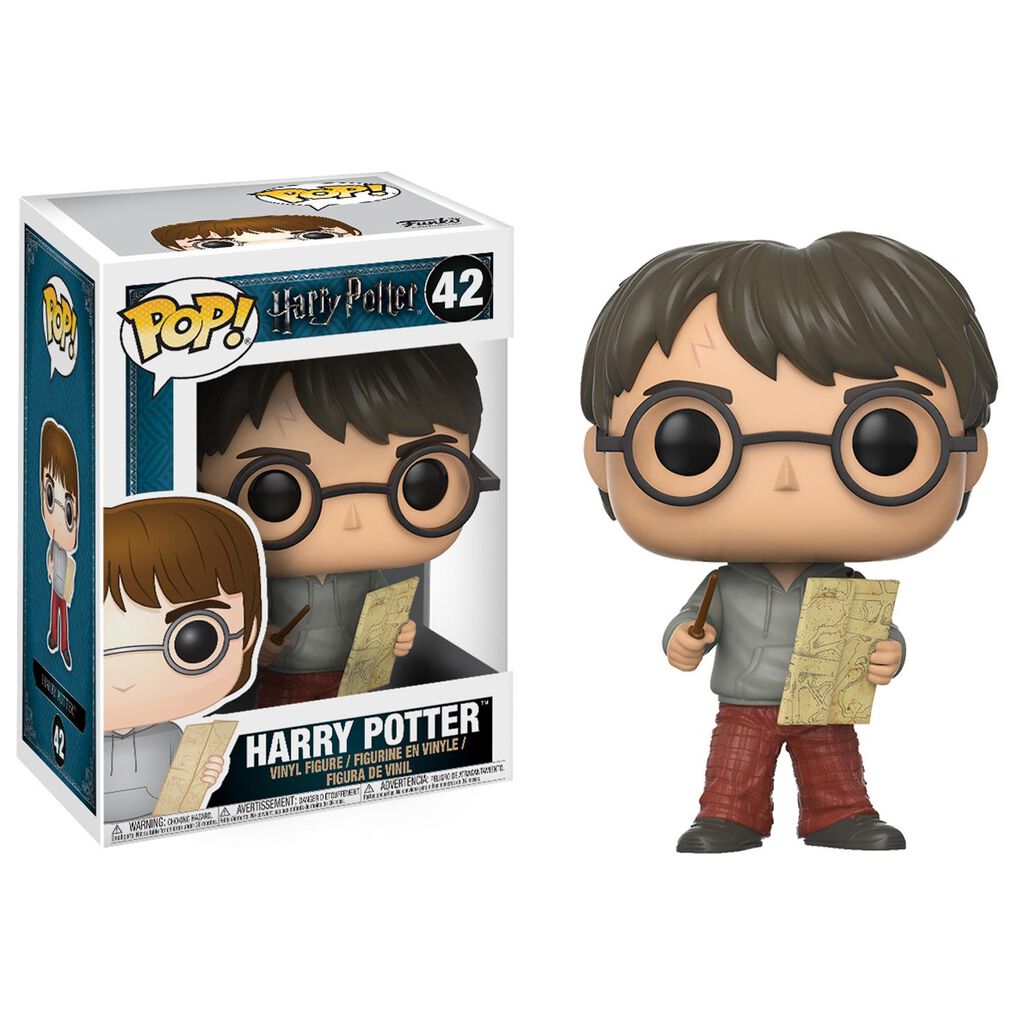 4. Collect Funko POP figurines based on my favorite characters

Again, mostly Harry Potter related because those are just adorable.  Right now, my collection is fairly small because I’m trying to control myself here, but I have a lot of my favorites.  I have 2 Harrys (one in his Quidditch uniform and one from Azkaban when he’s roaming the halls in his PJs), 2 Hermiones (one from Stone and one from Azkaban after she’s used the time turner), a Draco (it came in an OwlCrate or something), a Lupin, and a Lockhart.  I’m really wanting to add a Ron to my collection, but I have a hard time finding him at my usual stores.  And it’s more fun to find them in the wild than just going to Amazon.

But outside of HP, I have a few other bookish ones too.  I have 3 Belles (duh), a Gaston, a Claire Fraser from Outlander, and a Charlie from Charlie and the Chocolate Factory.

5. Knitted my own Hogwarts sweater…twice…

OK, THERE’S A REASON FOR THIS.  The first sweater I made was my first real attempt at ever knitting a sweater.  I made it with too heavy of a yarn and it was way too hot.  It was also really lumpy and ugly and the greys I used were supposed to be the same but they weren’t and it looked like a dark stripe across my chest.  I wore it once for Halloween and then the next year I worked on making a new one, as I grew in my skills.  It’s still not perfect, but at least it’s lighter!  Still hot though.

6. Walked out of the library with a stack of books so tall I’m using my chin to hold the stack

This only happens when I go to my city’s main library!  So I’m lucky enough to live in a town that is well-known for its library system and has like 9 satellite branches around the county.  Normally I only go to the one closest to me, but it feels like a treat to go to the bigger downtown library.

I’ve been known to walk out with stacks so big that I literally get weird looks from people as I leave.  I will be holding my hands down as far as I can and my chin craned on top to hold the stack together as I leave the building, WALK ACROSS A BUSY STREET, unlock my car, and dump it all inside.

You know it’s been a good day when you get weird looks from strangers.

7. Filled 2+ bookshelves of books in my classroom…and my house…

Speaking of lots of books…ok, yes, I have a problem.  I visit book sales all too often and I’m a sucker for a good Scholastic sale or for collecting all the books in a series I love.  I’ve been collecting for a long time, so I usually don’t have that many that I buy in a single year.  (I’m smart–I put a lot of the ones I really want in hardback on my birthday/Christmas list and have others feed my bad habits.)

But yeah.  I mean, I have a lot of books.  I just bought two more like a couple of days ago.  But it was a going out of business sale and paperbacks were $1 each!  I only bought 2 books!  Granted, they were 2 collections of books in the Soul Screamers series by Rachel Vincent, so it was really like buying 6 books.

8. Created a March Madness bracket of books for my students

I’m actually proud of this one.  For the first few years I was teaching, I made a March Madness bracket for my students to vote on their favorite books each week of March.  It was really cool, even if a lot of 8th graders were telling me they read Diary of a Wimpy Kid and that Amazing Nate or whatever that was called.  But a few teachers talked to me later about trying to adapt it to their classes, and I thought that was cool.

9. Almost only buy books after I’ve already read them once

This is just PRACTICAL.  Books have like $0 resale near me.  I took something like 50-60 books (granted, most of them being old chapter books) to my local Half-Price Books and I got $8.  That was it.  It was horrible.

So, in order to make sure that I’m spending my money wisely, I buy books that I’m most likely to reread/the ones I loved the most.  If someone gifts me a book or I see a good deal on something I think I’ll like, I have no problem buying it (especially if it’s on sale), but I just hate to try to sell books somewhere when I’m done with them.  So I just try to keep it to the books I love the most and never really want to part with.

10. Started a blog 8 years ago about books

I mean, probably the most outrageous thing I’ve done for books, right?  Actually, the outrageous thing is that I’m still doing this 8 years later and that you guys are still reading it!  I’m truly grateful for it, don’t get me wrong, but this all just started because of a stupid college assignment and it morphed into this.

I love it.  I love you awesome nerds.

I feel like this needs to be said: we all do outrageous things for the things that we love.  Sports fans dress up in costume and go to games.  Some people collect cars.  What we book nerds do is just as valid.  We are feeding our passions and reveling in what we love most.  We find others who love books as much as we do and we gravitate toward each other.

John Green said it best (as he usually does) when he said, “…Nerds like us are allowed to be unironically enthusiastic about stuff. Nerds are allowed to love stuff, like jump-up-and-down-in-the-chair-can’t-control-yourself love it. Hank, when people call people nerds, mostly what they’re saying is ‘you like stuff.’ Which is just not a good insult at all. Like, ‘you are too enthusiastic about the miracle of human consciousness’.”

As book nerds, we like books.  We like the way they make us feel, the way we can get sucked into a good story, the way we can use books to connect with people in the real world.  We fall in love with characters, we slay dragons, and we overthrow governments.  There is nothing wrong with any of this.  You are allowed to be as passionate and as “outrageous” as you want to be.

Of course, we all have those moments where we go, “Yeah, maybe I went a little too far that time,” but that doesn’t mean you need to stop loving what you love.  People get jealous of those who know what they love.

Don’t let the Muggles get you down, alright? 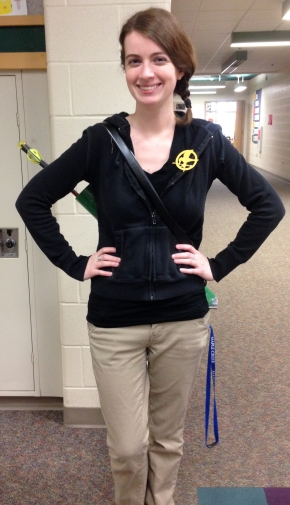