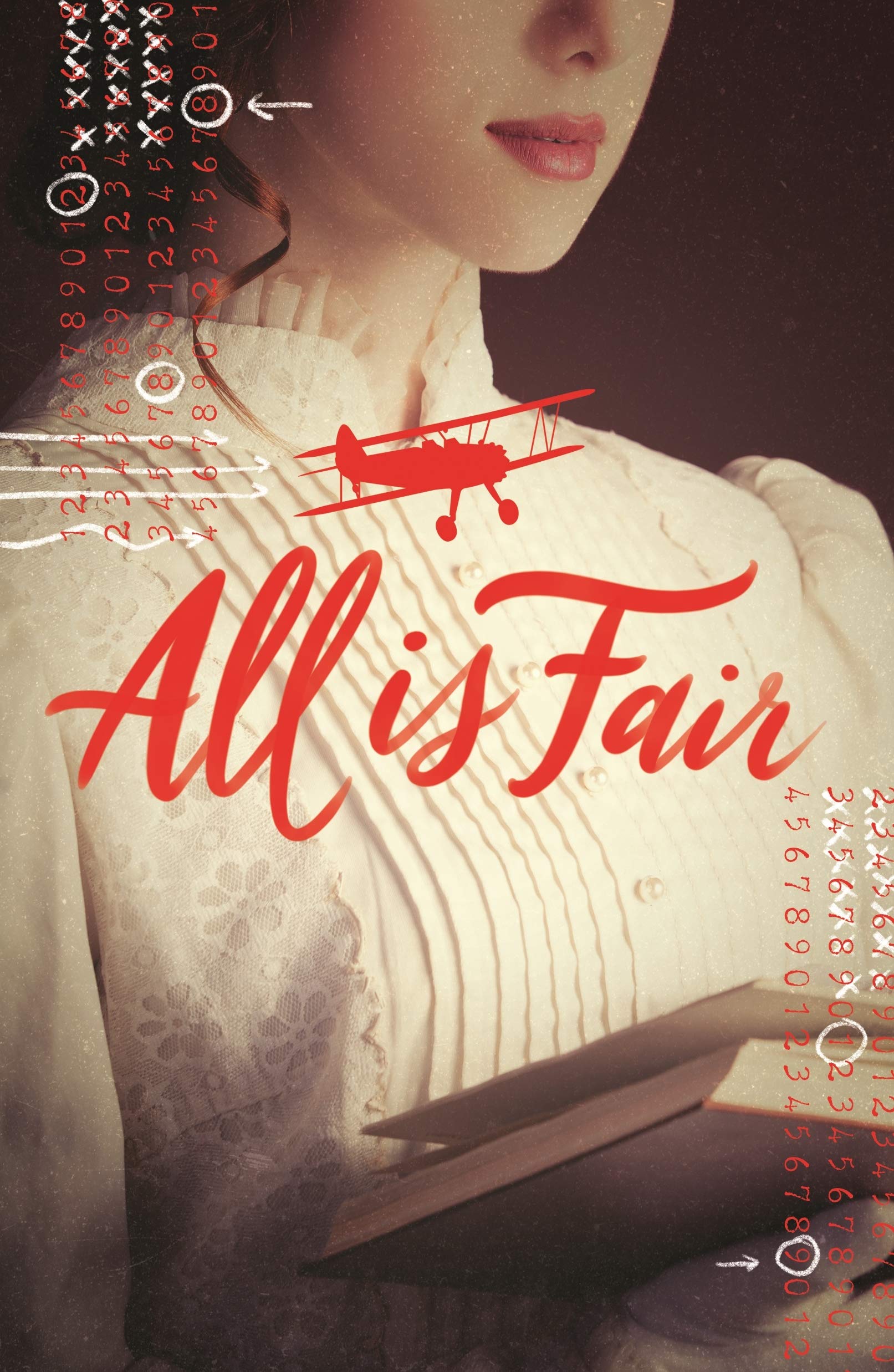 First Lines: I should have heard the creaking of the floorboards outside the old silver pantry, but I was too busy pretending to be a Romanian prince disguised as the school’s gardener.

So this book caught my attention when I went to the library.  I’d never heard of it before, but it was set during World War I, which I almost never see.  It would be accurate to say I was interested.

Lady Mina dreams of adventure, especially as World War I is being waged around her.  Instead, she’s stuck at boarding school trying to learn to be a proper lady.  So when Mina receives a telegram written in code, she knows she can’t let this adventure pass her by.  She turns home to Hallington Manor, where she’s met by her old friend Lord Andrew Graham and the dashing American, Lucas Miller.  The three of them must work together to do something that may just turn the tide of the war.  And they must work quickly–or the war could lead to something much worse.

This was ok. Not that there was anything overtly wrong with it, but like…it could have been better.

First of all, the mystery. Or “mystery” as I like to call it. Because really, there isn’t much of a mystery at all, for all it’s billed as having one. Sure, Mina is going all Scooby Doo on this, but that’s also essentially as deep as the mystery goes. Mina sees some clues, comments on them, and everyone involved is a little too over-the-top. Like everyone goes out of their way to explain away something with an obviously fabricated lie. Or the clues just happen to nearly fall into Mina’s lap. It was kind of ridiculous.  The synopsis makes it out to be some grand, large thing, but it’s really not as amazing as all that.

For all of that, I liked Mina and Lucas. Mina’s stubborn and clever and eager to help the war effort to feel like she’s doing something. Lucas is happy-go-lucky most of the time, which is interesting given the fact that he’s a soldier, but it gives him a sense of humor. Most of the other characters in this story were superficial compared to these two, which was ok and not ok. Everyone else was pretty much a stereotype. Actually, even Mina and Lucas were kind of stereotypes, now that I think about it.

I liked the history aspect of things, so that was good. But I thought the ending was rather abrupt and wasn’t exactly satisfying. So while it may have hit some high notes along the way, it was kind of a let down by the end.

This could have been a lot more interesting, given how much promise I thought it had at the beginning.