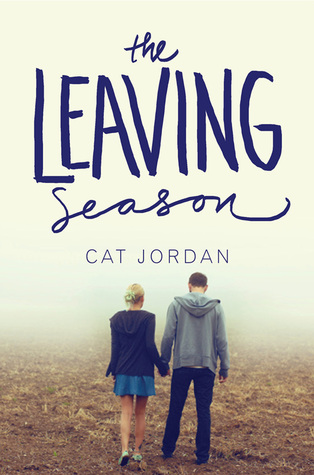 First Lines: Nate called it a shade box.  “A shade is a memory,” he once told me.  “What’s left of a person or place after they’re gone.”

This book has been on my radar for years, but it’s only been recently that I decided I finally needed to do something about it.  I always assumed, since it was supposed to be sad, that I needed to be in the right mindset for it.

Middie calls every August the Leaving Season–the season when high school graduates pack up and leave town for college.  But this year, it’s her boyfriend Nate leaving.  Nate, who’s so perfect she can barely believe it.  Nate, who’s strong and hopeful.  Nate, who promises to come back to her after taking a gap year in Central America.  But when tragedy strikes, Middie’s left trying to understand what happened.  And no one else understands what she’s going through–no one but Nate’s best friend Lee.  Middie and Lee have never gotten along.  Different personalities, different outlooks on life.  But with her life looking drastically different now than it did before, Lee might be the only one who can help her find stability once more.

This was really good.

I figured this was going to be a sad, grief story, but that’s only partly right. It’s also about how an ending can be a new beginning and how we can be lost even when everything else feels planned.  The sadness is truly only part of the story.  And while you feel Middie’s loss, this was not the kind of book that left me in a puddle of tears or anything.  So it’s sad, but not depressing.

Middie was a good lead for this because she was so interesting. Before everything hit the fan, she’s a hardworking student with her whole life planned out. She’s Nate’s Girlfriend to basically everything and they know exactly what life will be like for the next 5-10 years. They’ve planned out everything. And then, suddenly, she’s left trying to discover who she is now. And as she begins to change a little at a time, you see her starting to redefine herself. I liked that.

I really enjoyed the themes of this book. There are so many different ways to look at it and take meaning from it. It’s even surprisingly quite a feminist story, though it’s never super overt about that. That took me by surprise, but I liked it. (It comes out more in the themes than anything else and it’s never a focal point necessarily, but I saw a connection.)

The plot was good and I thought the timing was good too, which I don’t always say. The whole story takes place over something like six months as we see some Before and a lot of After. I think it really helped to have all that time because it felt more realistic. For anyone who’s suffered a shocking loss, you know you don’t recover from that overnight. It takes a lot of time, especially when that Loss is tied to who you thought you were. So yeah, we needed to see Middie dealing with the time aspect.

The only thing about it that I didn’t necessarily “like” (and I’m using that term loosely because I still enjoyed it, but I started nitpicking it) was some of the stuff near the end.  I’m definitely not going to spoil anything, but let’s just say some of things that happened felt much less realistic than what happened earlier in the book.

I really did enjoy this. This was emotional and entertaining. (I hesitate to say “fun” when we’re talking about loss, but I had a hard time putting the book down. And there were parts that were funny.)