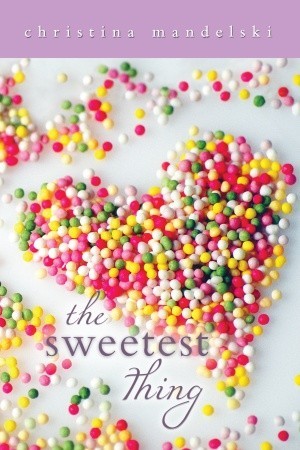 Ok, so this book has been on my to-read list on Goodreads since 2010.  And for whatever reason, I just always sort of wanted to read it but never enough to actually pick it up.  However, I’m trying to clean up my to-read list by either reading or deleting the really old books and I still wanted to read this.

Sheridan Wells loves nothing more than standing over a cake and making it beautiful.  Unfortunately, the rest of her life is kind of ugly: her mom ran off years ago, dad’s obsessed with his restaurant, and Sheridan has absolutely no dating prospects.  Sheridan’s absolutely sure that finding her mom will make everything better, but her dad’s new reality cooking show may just destroy that last change of bringing her family together…

I’m glad it stayed on my to-read list. It was cute.

It does have something of a Sarah Dessen/Morgan Matson vibe to it. Sheridan is the best cake decorator in town and her dad is a semi-famous chef about to get his own TV show. But outside of the kitchen, Sheridan’s life is kind of a mess. Especially since she’s dead-set on finding her mother, who walked out on Sheridan and her dad when she was seven. Throw in some boy trouble and it’s a recipe for disaster. (Pun intended.)

It was one of those books that could easily go into the realm of too-cheesy-and-cliche (and sometimes it may put a toe over that line), but it felt pretty real. Sheridan’s angst is kind of an overwhelming focal point, but she’s going through a lot and she doesn’t know how to handle it. I think in those circumstances, when you don’t know how to handle it is when you make the most brutal mistakes.

I’ve seen a number of reviews that said Sheridan was something of a selfish, self-centered brat and they’re not entirely wrong.  For a lot of them, that kept those readers from enjoying and/or finishing the book.  But I mean, Sheridan’s stubborn and I can relate to a lot of what she was feeling.  She didn’t seem that bad to me.  Maybe that’s in part because I spend my day around 13 year olds who only think of themselves, but I thought she seemed pretty normal.

The characters are all flawed in their own ways and it was cute to see them work past them. The flaws really made the story sparkle. But I also think Sheridan’s passion for cakes and art was a huge selling point for this story. I love seeing a girl with a passion.

This book doesn’t seem to have drawn much of a following, which is actually kind of sad. It’s worth the read, even if it is a little outdated at times (in terms of technology, I mean).