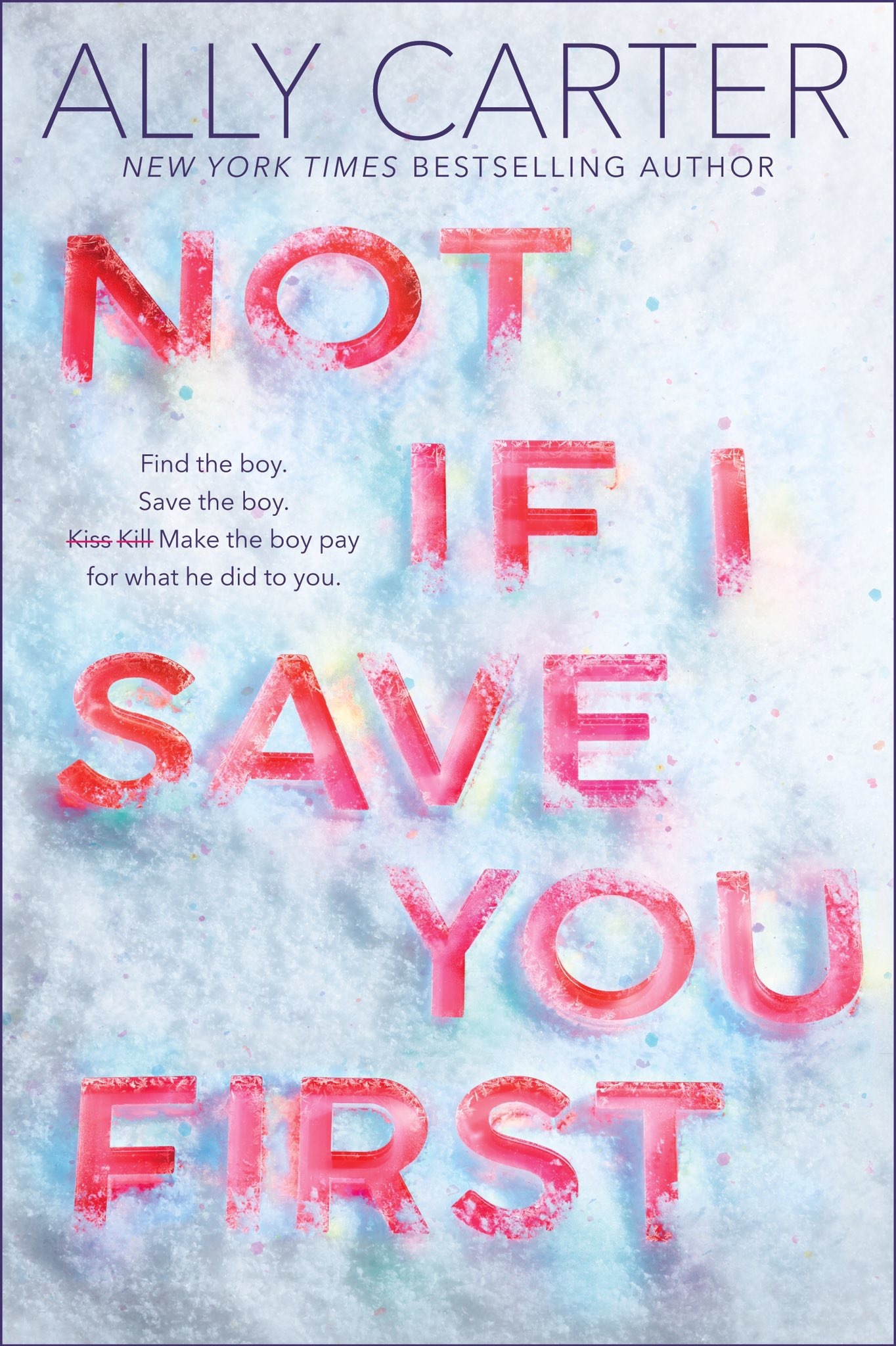 First Lines: Madeleine Rose Manchester had absolutely no intention of invading the White House.  But she knew seven different ways she could do it if she’d wanted to.

Let’s not pretend that I was going to turn down an Ally Carter book after reading the Embassy Row series not too long ago.  This looked intriguing and when I saw it at the library, I snagged it.

Maddie and Logan were supposed to be best friends forever, but when you’re the daughter of a Secret Service agent and your friend is the President’s son, plans don’t always turn out like you want.  After a kidnapping gone wrong, Maddie’s dad secrets her away to the middle of the Alaskan wilderness.  For six years, Maddie hears nothing from Logan.  So when Logan suddenly appears back in her life…she wants to kill him.  Before she can do anything, an assailant kidnaps Logan and knocks Maddie off a cliff.  Maddie knows she’s Logan’s only hope for survival and, with the weather turning bad and the animals always a danger, she needs to be smart about it.  She still wants to kill Logan, but she has to save him first.

I’ve said this before and I will say this again: every Ally Carter book is essentially the same, but man, if they aren’t hard to put down.

Maddie “Mad Dog” Manchester is a typical Carter heroine. When her dad gets hurt in the line of duty while Maddie watches, her dad makes the decision to move them to the middle of nowhere, Alaska, away from man-made danger. This gives Maddie the interesting perspective of being able to anticipate human behavior (from her days watching her dad) but also the perspective of being able to survive in the wilderness. She’s spent six years in Alaska, with no one around for 20 miles in any direction. She’s sassy, smart, and stubborn.

As usual, the suspense and danger are on point. It’s hard to put down her books because the conflicts are so enthralling. The danger is exciting and, in a way, pretty fun. I knew what I was getting into, which was nice. I marked out a chunk of time to read and just let myself enjoy the ride.

What was a little different about this book than most of Carter’s other books is that this is actually pretty realistic. It doesn’t take place in a fake foreign country or at a school for spies. It’s Maddie, Logan, a bad guy, and the Alaskan wilderness. I’d actually go so far as to say the wilderness becomes something close to a character because it’s always on Maddie’s mind. And for good reason.

This was fun. Exciting. It’s not going to be life changing and it’s probably not the first book I’m going to recommend to people, but I enjoyed the change of pace.

One thought on “Not If I Save You First”