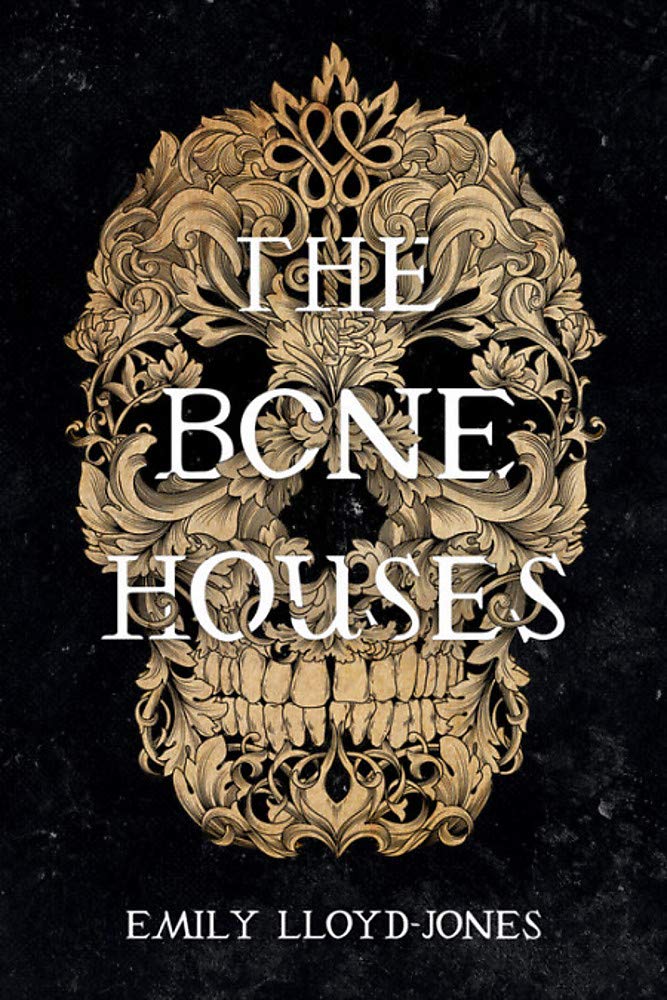 First Lines: The gravedigger’s children were troublemakers.  They chased chickens through the neighbors’ yards, brandishing sticks like swords, claiming that the fowl were monsters in disguise.

When I knew this book was coming out, I was so excited I can’t even tell you.  Emily Lloyd-Jones’s previous book, The Hearts We Sold, was one of my favorites from a few years back.  And this promised to be good too.

Aderyn or “Ryn” only cares about her family and the graveyard they run.  However, with the graveyard business struggling at the moment, Ryn’s family is near destitute–and it looks to get worse before it gets better.  See, the dead of Colbren don’t always stay dead.  These rising dead are known as “bone houses” and they supposedly resulted from an old curse.  When Ellis, a mapmaker from a nearby town, arrives in Colbren, the bone houses seem to get more brazen.  What’s drawing them to the village?  The only way to find out is for Ellis and Ryn to go into the woods and see if they can unravel the mystery…and hope they don’t end up as a bone house themselves.

For the most part, it was everything I wanted it to be.

In this story, we’re introduced to Ryn, a gravedigger in the small village of Colbren, and Ellis, a mapmaker with mysterious past. The two of them are very different characters, but they work together well. Their chemistry was really cool and I liked how their personalities came out on the journey.

I also like that this is a fantasy standalone, as that virtually never happens. The story moves quickly for that reason and there’s always action coming. The only downside is that this can sometimes make the story predictable.

And that was really my only downside to this story. There’s a massive twist in the story, but it was far too easy to spot. Not only that, but there were other moments along the way that were lacking in surprise. That wasn’t a deterrent from continuing to read the book, but it was a little disappointing/frustrating when the characters couldn’t figure out what I saw five or more chapters ago.

Lloyd-Jones’s writing must be somewhat formulaic because this story seemed to follow the same types of twists and turns that her previous book did. I was on the lookout for certain things because I know she had the guts to go there and sure enough, those types of things happened. It’s not a bad thing because they story was still exciting, but again, it goes back to the predictability.

I feel like I’m bashing the book and that’s definitely not my intent. The story is really interesting. Inside the forest, the dead come back to life every day after sundown if they weren’t given a proper burial. Ryn has a very interesting perspective on things, as a gravedigger. It makes her tough and it was fun to read her side of things. And then there’s Ellis, who has a very different set of skills and is more attune to details. Their perspectives worked.

It was a good book. Truly.