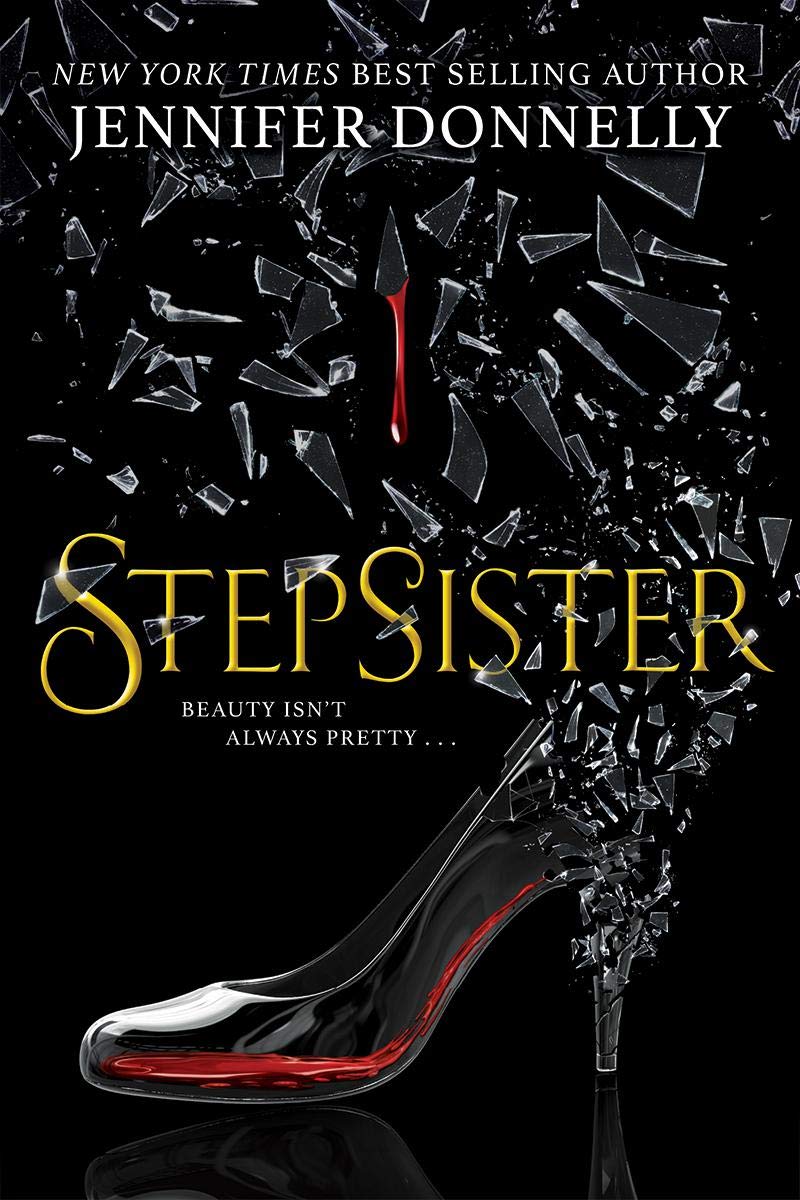 First Lines: Once upon always and never again, in an ancient city by the sea, three sisters worked by candlelight.  The first was a maiden.  Her hair, long and loose, was the color of the morning sun.

I’m a fan of Donnelly’s historical fictions, like These Shallow Graves in particular.  And I’m always down for a fairy tale retelling, especially since I tried writing this particular story in college.  (I’ve always been slightly fascinated with what must have happened to Cinderella’s family after she left.)  So I thought this book might scratch that itch.

Isabelle should be happy–after all, a prince is waiting to escort her to his carriage.  Only Isabelle isn’t actually the girl the prince is after.  And that glass slipper on her foot?  It’s rapidly filling with blood now that she’s cut off her toes to fit into it.  When the prince discovers her family’s deceptions, they are shamed far and wide.  Isabelle is not particularly surprised–she’s the ugly stepsister after all, a girl who is fierce and fiery, but certainly not pretty or polite or kind.  Isabelle has tried to fit in, to be that perfect model of feminine beauty and follow her mother’s instructions, but all that’s done is leave her mean, hollow, and ugly.  But when Isabelle gets the chance to change her destiny, will she be strong enough to take it?

I’d heard a lot of things about this book before I started, to the point where I eventually got the impression this was supposed to be one of the best books of the year.

I’m not seeing that.

I love a good fairy tale retelling, but I will fully admit that Cinderella is far (and I mean really far) down my list of favorite fairy tales. As in I kind of hate it. But at the same time, I’ve always mulled over the question of what happened to the stepsisters after she left, as I mentioned earlier. (Funny enough, it started off very similarly to this book.)

I’ll start by saying that I liked Isabelle and Tavi. Their lives are slowly destroyed by others who want them to fit a specific mold–their mother pits them against the prettier Ella, the villagers call them ugly for their treatment of the now Queen, and neither of them is allowed to live the life they want. These are “atypical” girls who want to be warriors and mathematicians, not dainty girls who are only interested in marriage and starting families.

I liked how various elements of the story were all woven together from beginning to end. Things you’d almost forgot about showed up again later to great satisfaction. That was fun to read.

But I found the book to be too heavy-handed with its philosophy. The feminism in this was about as subtle as a donkey-kick to the gut. I’m all about empowering women and remembering strong women in history, but I was almost rolling my eyes throughout this for how in your face this was. There’s even a whole bit in this about rewriting history as “herstory”. And while I completely get the point, I felt by the end that this book was preaching at me. I don’t respond well to forceful preaching.

I was also struggling with the Fate vs. Chance thing. There’s magic in this book, but it’s mostly this fight between the actual Fates and a character named Chance. Chance is trying to mess with destiny by mostly allowing random things to happen while the Fates are very organized yet pessimistic about humans. I felt it was kind of an odd thing to add to the story and detracted from the retelling. I actually wanted more about the girls, not this odd subplot.