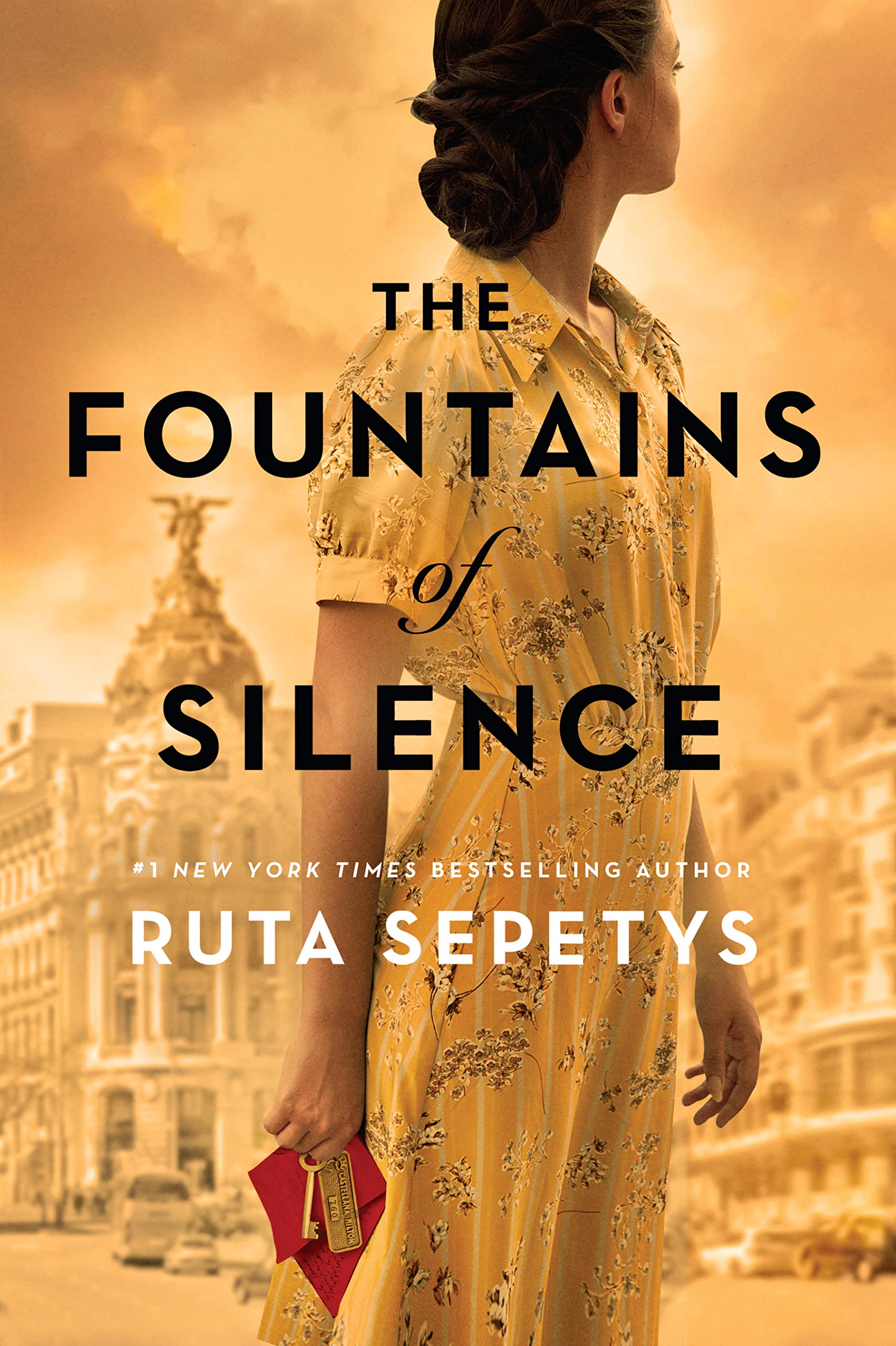 First Lines: They stand in line for blood.  June’s early sun blooms across a string of women waiting patiently at el matadero.  Fans snap open and flutter, replying to Madrid’s warmth and the scent of open flesh wafting from the slaughterhouse.

I’m convinced that I’ll read anything by Ruta Sepetys.  After the absolute beauty of Between Shades of Gray, she’s won my respect.  So even though I know absolutely nothing about 20th century Spain (which I think is part of the point of writing this book), I was willing to give it a shot.

Spain is hiding dark secrets from the world.  It’s 1957 and General Francisco Franco, the country’s fascist longtime dictator, is doing everything he can to present a beautiful front to the rest of the world while his country crumbles.  Daniel Masterson is an American tourist coming to Spain with his parents for the summer.  Daniel’s father is an oil tycoon and his mother was born in Spain.  With photography as his guide, Daniel tours parts of Madrid looking for a story to tell through the lens of his camera.  Through this he is introduced to Ana and the true cost of the Spanish Civil War.  Backed into an uncomfortable position, Daniel must decide which questions are worth asking when the consequences are dire.

In this story, we really follow two characters: Daniel and Ana. Daniel is the son of an oil baron from Texas, coming to Madrid with his parents for the summer. His mother is from Spain and Daniel is fluent in Spanish and feels at least partly connected with their culture. Ana is a maid at the hotel he says at. Her parents chose the wrong side of the Spanish Civil War and were killed for it, leaving her and her two siblings to scrounge together some semblance of a life.

The characters were interesting in their own ways. Daniel is curious and, as a budding photojournalist, he is interested in people and the stories their actions tell. That quickly lands him in some hot water in Madrid, as the Guardia Civil don’t allow certain freedoms, regardless of your nationality or wealth. I liked that he was so curious and that he was always trying to understand the Spanish culture and the hardships of those in poverty. Ana is clever and starstruck by the extravagance of the hotel she works at. People spend more money on a bottle of wine than she makes in a year! She wants to understand American culture, but America is so different than what she knows. Even ice cubes are a foreign concept to her.

I liked that this book highlighted a recent piece of history that most people probably are not familiar with. For as much as I’ve studied and taught World War II in my class, I almost never hear anything about Spain during that time. And it was interesting to see how dark life was for so many people, how they constantly felt death at their backs for one reason or another.

What I struggled with a little was the story. While I was interested in what was happening, I thought it had a tendency to drag on. There were sometimes things that happened where I was questioning why that mattered. Also, there’s this air of mystery at the beginning of the story that takes forever to start unraveling. It was very drawn out to me.

I still think it’s a solid read and I’m glad I read it.  The rating from other readers on Goodreads is like, bananas high.  It’s currently at 4.32/5, which is remarkable for a standalone.