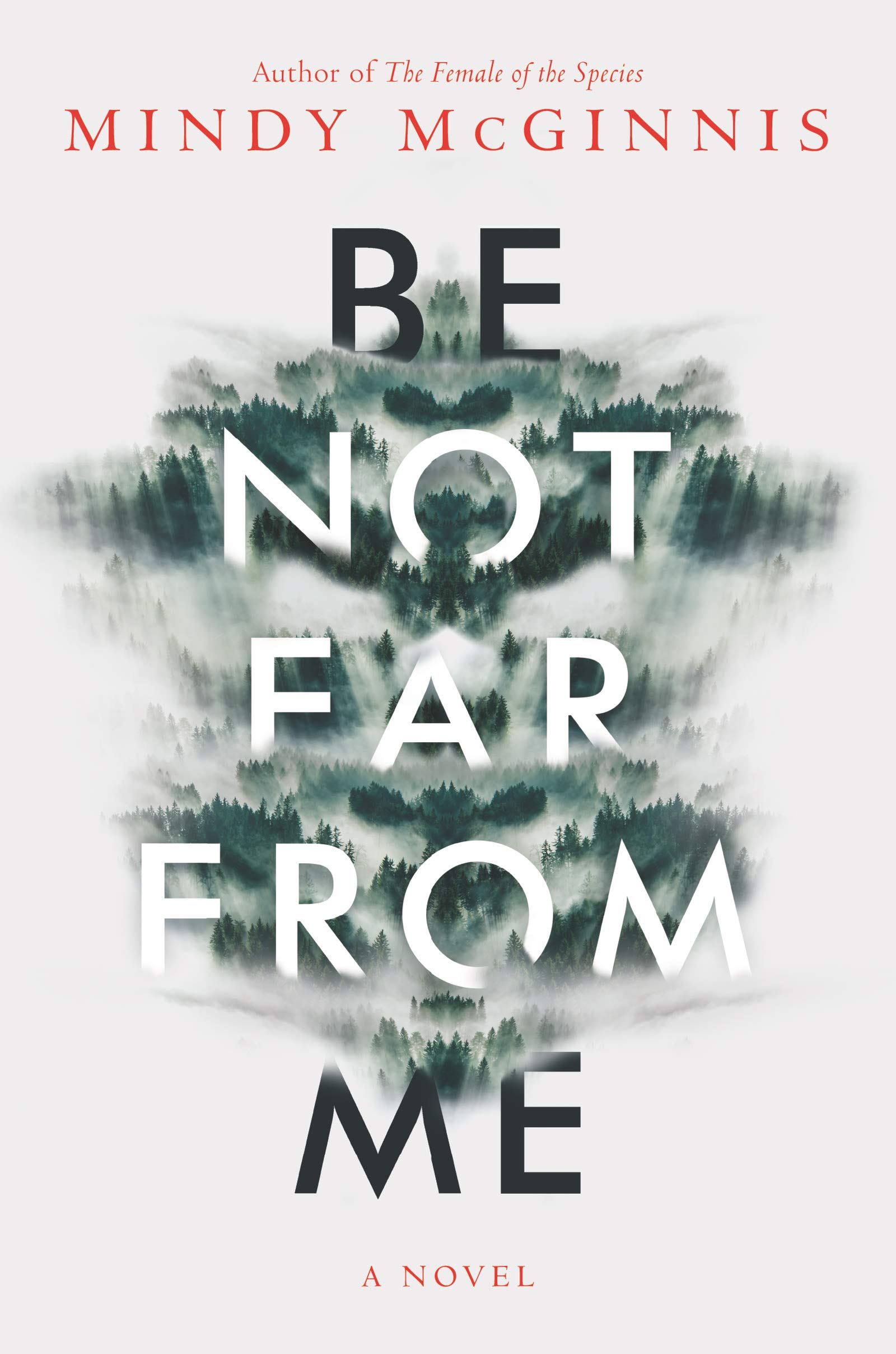 First Lines: The world is not tame.  People forget that.  The glossy brochures for state parks show nature at its most photogenic, like a senior picture with all the pores airbrushed away.  They never feature a coyote muzzle-deep in the belly of a still-living deer, or a chipmunk punctured by an eagle’s talons, squirming as it perishes in midair.

Pre-COVID-19, I was reading this ARC (it’s now available, because I’m that far behind on reviews).  I’ve been a fan of the McGinnis books I’ve read before, and this one definitely seemed like one I’d be interested in.

Ashley is more at home in the forest than under a roof.  So when she and some friends head into the Smokies for a night of partying, the sights and sounds of the mountains are as familiar to her as home.  But some things can’t be predicted.  When Ashley catches her boyfriend cheating on her, she drunkenly dashes off deeper into the darkness of the forest, only stopped by falling into a ravine.  Morning shows her she’s far from the trail–and alone.  With nothing but the clothes on her back, Ashley must find a way to survive…especially as the red line of infection creeps up her leg.

Before we really get rolling here, I do want to warn you that the story can get incredibly graphic, from a survivalist standpoint.  I put all that in the first lines on purpose, because blood and gore is a constant throughout.  If you have a weak stomach…well, you may want to take this one slow.

This bears a lot of similarities to McGinnis’s other stories. Ashley, our protagonist, isn’t the hero you expect her to be. She’s imperfect and has negative qualities, like being a hot-head and being pretty judgmental. But that doesn’t make you root for her any less. If anything, it makes you like her all the more.

Most of the story is about Ashley lost in the forest and, frankly, the forest almost becomes a character itself since there’s no one else around for Ashley to interact with. At times, it almost seems to have a personality, which is pretty cool. You might think that a story about someone lost in the woods would get boring (and I thought it was going to a time or two), but there’s always something Ashley’s working toward or a surprise twist thrown in. Yes, it gets a little monotonous sometimes, but I got sucked in.

The survivalist elements felt very realistic. I’m not particularly outdoorsy myself, but I know the general facts about surviving in the wild. Not only that, but the stuff Ashley does to survive is desperate, wild, and thrilling. And also disgusting. I read a lot of this while I was eating and I don’t recommend that. It gets really really gross at times. McGinnis does not back away from the harsh realities and I respect her for that.

This was just a wild ride and I loved it. Another solid book from Mindy McGinnis.  Probably my favorite read so far this year.