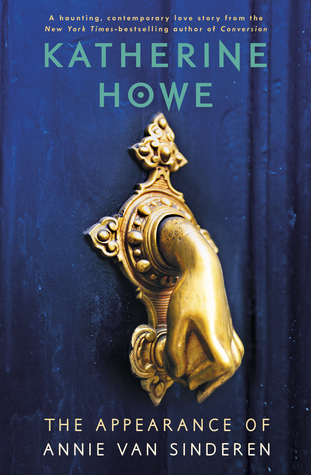 First Lines: The cafe in the basement of Tisch, the art and film school at New York University, was redecorated this year.

Do you ever have those books that you buy on a whim and then never read?  This was one of those.  I bought it cheap once because I love a good ghost story, but then I saw the Goodreads rating was kinda low (3.5/5) and I just…lost the drive to read it.  But in isolation now, I’m running out of excuses.

Wes, an aspiring film student, is bored.  The last thing he wants to be doing right now is doing sound for a stupid seance for his friend’s film.  But even he’ll admit the upside when he meets the beautiful and mysterious girl named Annie.  As they begin spending time together, Wes starts to notice strange things about Annie.  She seems lost in a city she grew up in.  Her slang is different.  But all the same, Wes feels pulled toward her and her quest to find a missing ring.  Annie’s running out of time and Wes feels compelled to help her.  But they’re not going to like the secrets they uncover along the way…

I found it to be really enjoyable.

When we meet Wes, he’s doing sound for a recording of a seance in this tiny apartment above a pizzeria in New York City. He wants to make the move officially to NYC to pursue film, but he’s afraid his parents, who live in Wisconsin, aren’t going to be ok with that. Wes has a soft heart and is something of a pushover, but I liked that flaw for him. He just doesn’t know how to tell people no.

Annie is a very different character. She has been coddled her life and living richly is starting to feel more like a cage than anything else. She wants more to life than she can currently access. Her fear and wonder of the new world she experiences were very realistic and interesting.

I know it’s a ghost story, but in a lot of ways, it also sort of felt like a time travel story. Annie had to adjust to new slang she wasn’t familiar with. (As an English major who adores linguistics, that was a lot of fun.) The layering of old-New York City on top of modern-NYC was also a lot of fun (the history buff in me loved that). I just thought the story was a fun mix of interesting characters and history bits.

Were parts of it cliche? Yes. But I also kind of liked that? And yeah, I thought there were parts that didn’t really get enough attention. There were some things that were left ambiguous and I wanted more or things I still don’t fully understand, but it really didn’t impact my enjoyment too much.  The only thing that did seem a little strange was this one thing about the ending.  It’s the one consistent complaint I see in reviews and I get it.  That was a little weird.

Oh, and the story is told in a somewhat nonlinear fashion. It’s broken into three parts: Part 1 has Wes as the narrator, Part 2 has Annie as the narrator, and Part 3 flips infrequently between Wes and Annie. I actually really liked the way this unfolded. I thought it was fun.

So yeah. I’m happy to say I enjoyed this.