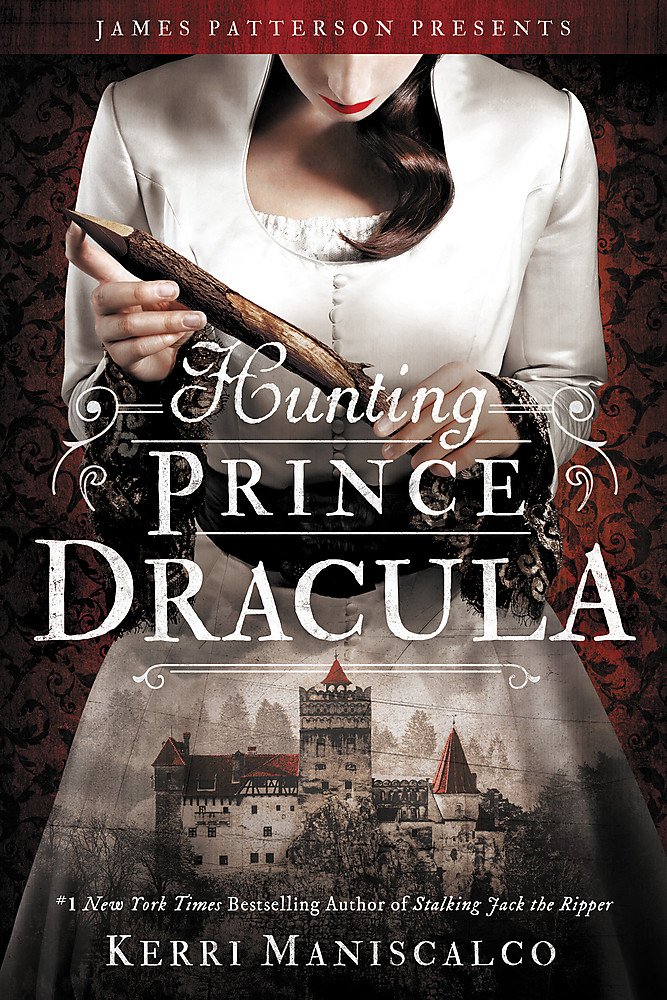 First Lines: Our train gnashed its way along frozen tracks toward the white-capped fangs of the Carpathian Mountains. From our position outside Bucharest, the capital of Romania, the peaks were the color of fading bruises.

A week or two after finishing Stalking Jack the Ripper, I put this book on hold at my e-library.  With a 4.31 rating on Goodreads and given my enjoyment of the first book, I was really excited to get my hands on this one.

After the horror and heartbreak of the Jack the Ripper case, Audrey Rose needs a fresh start.  Heading from London to Romania with her too-charming-for-his-own-good companion Thomas, Audrey Rose soon learns Romania is no safer than England.  Now, as they journey to join a prestigious forensic science school, they find themselves in the path of another serial killer.  Mimicking the legends of Vlad the Impaler, this killer leaves few clues and many nightmares for those left asking…who is this brutal killer?

I know I’m starting to slip into the “unpopular opinion” category, but I had some problems with this book. Maybe I’m just nitpicking, but it did hurt my enjoyment of this book.

Momentary interruption: I didn’t figure out the killer before the reveal. So there’s that.

Anyway, I just hated that for most of the book, I felt like I was more in tune with the mystery than the characters were. Whereas I felt like Thomas and Audrey Rose were smarter than me in the last book, I felt like the clever one this time around. That bothered me. The puzzle wasn’t as fun.

I’m also starting to have issues with the portrayal of feminism, which was something I loved last book. Last time, Audrey Rose was this scientific warrior crime solver who also loved big dresses and makeup–and that felt exactly on point. She could do “men’s work” while looking amazing if she wanted to. This time, she’s falling more into the “I’m tough because I wear pants” mentality and, for a story set in 1888, that just didn’t sit well with me. I think Audrey Rose would be a stronger character if she was allowed to be feminine and smart at the same time.

Which leads me to my next, slightly overlapping point. I didn’t feel like Audrey Rose’s character–or Thomas’s for that matter–were as strong this time. Piggybacking on the previous point, I thought Audrey Rose’s personality was contradictory. She’s aggressively aware of reputation and what is respectable. She frequently seems scandalized by the idea of holding Thomas’s hand or being alone with him in a carriage for five minutes–and yet she’s completely fine with breaking with the times and wearing pants or other spoilers I can’t mention? Yes, I know she’s breaking with the times already to be a woman in a man’s ghastly profession, but that’s core to her character. That’s who she is and her goals and ambitions revolve around it for the sole reason that she wants to help people and she wants to understand death. Changing a part of her personality to allow her to wear pants may seem like a little thing, but it’s just one more thing drawing the story away from its historical basis and using the time as a backdrop rather than an integral part of the story.

Oh, and don’t even get me started on the whole Dracula angle. I found it to be trite and eye-rollingly boring.

I know I’ve just probably rained on a few parades, but there were a few things I did like. There were moments where the mystery or the suspense was quite exciting. There are scenes that stick out in my memory for one reason or another.

The story is still macabre, if not quite as disgusting (until the end) as the previous book. And I did like that the story didn’t shy away from exploring PTSD in the characters. Audrey Rose endured a lot in the last book and when we catch up to her here, only a few weeks have gone by. She’s not ok. She’s hurting. And we get to see how that affects her. That was a very smart move on the author’s part and I appreciated that.

While this wasn’t my favorite, I will still be checking out the next book. Why not?